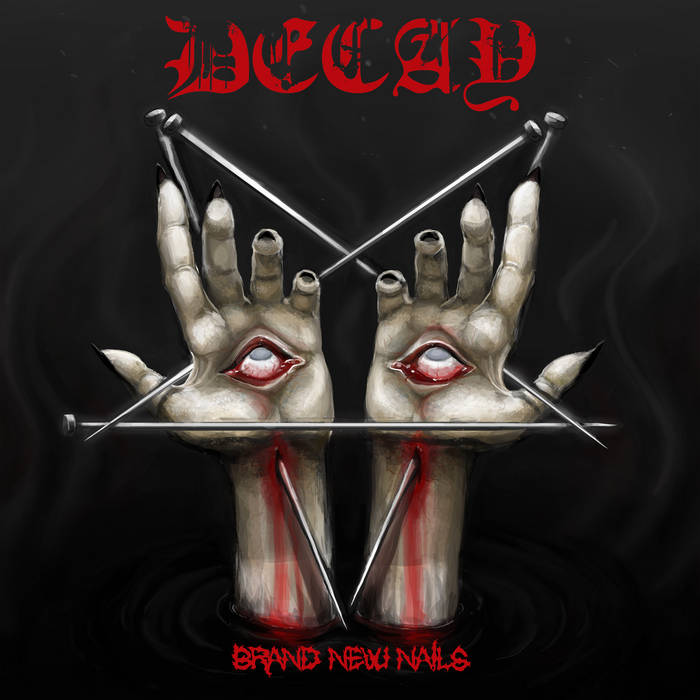 1. To Survive the Time
2. For a Seizable Reality
3. Concentrated Incarnation of Brutal Aggression


Stylistically speaking Decay falls into the death-black area, including many influences from heavy metal to thrash metal … Various personalities of band members, coupled with their different music preferences generate Decay sound, a sound centered on alternation between fast and down-tempo rhythms, sudden passages, aggressiveness and force, along with melodic moments. The compositions reflect a post-apocalyptic atmosphere with overwhelming moments, a psycho-dark atmosphere in which man and humanity are in conflict with hidden and unseen forces of existence …

The lyrics belong to the vocalist of the band and capture experiences and thoughts about death, dehumanization, misanthropy and occultism. The lyrics are focused on human instincts and phobias, exploring the occult side of existence, the primordial forces that govern nature.

DECAY is a state of mind that highlights “the dark side of reality”, “the dark side of existence” … Time degrades matter and spirit. There is not an absolute apocalyptic ending but a perpetual and permanent transformation, a repetition of existential cycles in which good and evil coexist. Rise and decadence succeed in the unwritten law of an uncontrollable destiny.