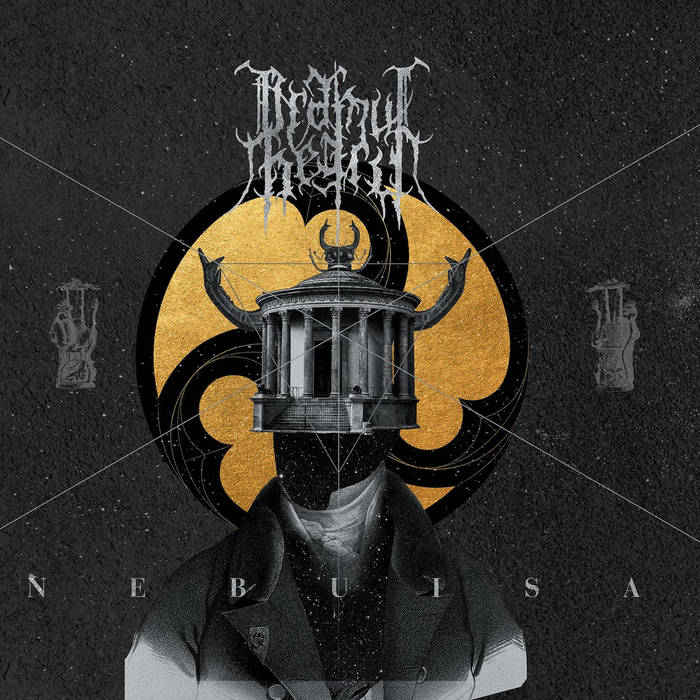 Wastelander_101 Heard this EP on Black Metal Promotion's stream and i was immediately hooked on their rhythmic variation and ingenious riffs. They deliver dynamic and progressive songs with intrincate structures remainder of bands like Enslaved, DSO and Blut aus Nord. One of the best EPs of 2020. Favorite track: Maldoror.

Nebuisa has for us an unusual genesis.

It all started when we realized that our song “In ceas de noapte” is too long for playing live (it has almost 21 minutes) and we wanted a shorter version. So we began jamming a little bit with some parts and in the end we created a totally new approach and feeling for it, sort of version 2.0 entitled “Triskelion and the Chronograph” and to go further in developing the concept we created also new lyrics for it.

“Vodevil Isais” and “Maldoror” were in an incipient state of riffing when we realized there are too different to be included in an album format all together, so at this point we decided for this EP, to be a mirror of what kind of visions floated through our minds in this period.

The last song added was the title track, "Nebuisa"...this song sums everything and is a good opener to create an idea where we are heading in our futures endeavors, maybe more aggressive, intricate, less epic and with unforeseeable structure...we are toying more and more with automatic writing these days, let’s see where the future will bring us.

The songs were recorded, mixed and mastered in Consonance Studio and it was a sole project of masterwork by our drummer Putrid.

The visual aesthetic was done by our good friend, Alexandru Das and the material will be released in an elegant digipack format (limited edition) by Loud Rage Music on 16th of September.

All music by Ordinul Negru
All lyrics by Fulmineos
Recorded, mixed and mastered at Consonance Studio by Putrid
Cover artwork by Alexandru Das (facebook.com/AlexandruDas)

New sounds from Mavi, Ivy Sole & Moderator, plus AJ, the One joins the show, for her latest release